Geomoun in Togo and Benin

This year, the project "Le Son d'Enfants, l'émission radio des enfants qui s'engagent" offered us a series of encounters and emotions. Last March, Geomoun had the opportunity to visit its partners in Togo (Visions Solidaire) and Benin (Carrefour Jeunesse) and especially to attend the meeting between Togolese and Beninese classes. 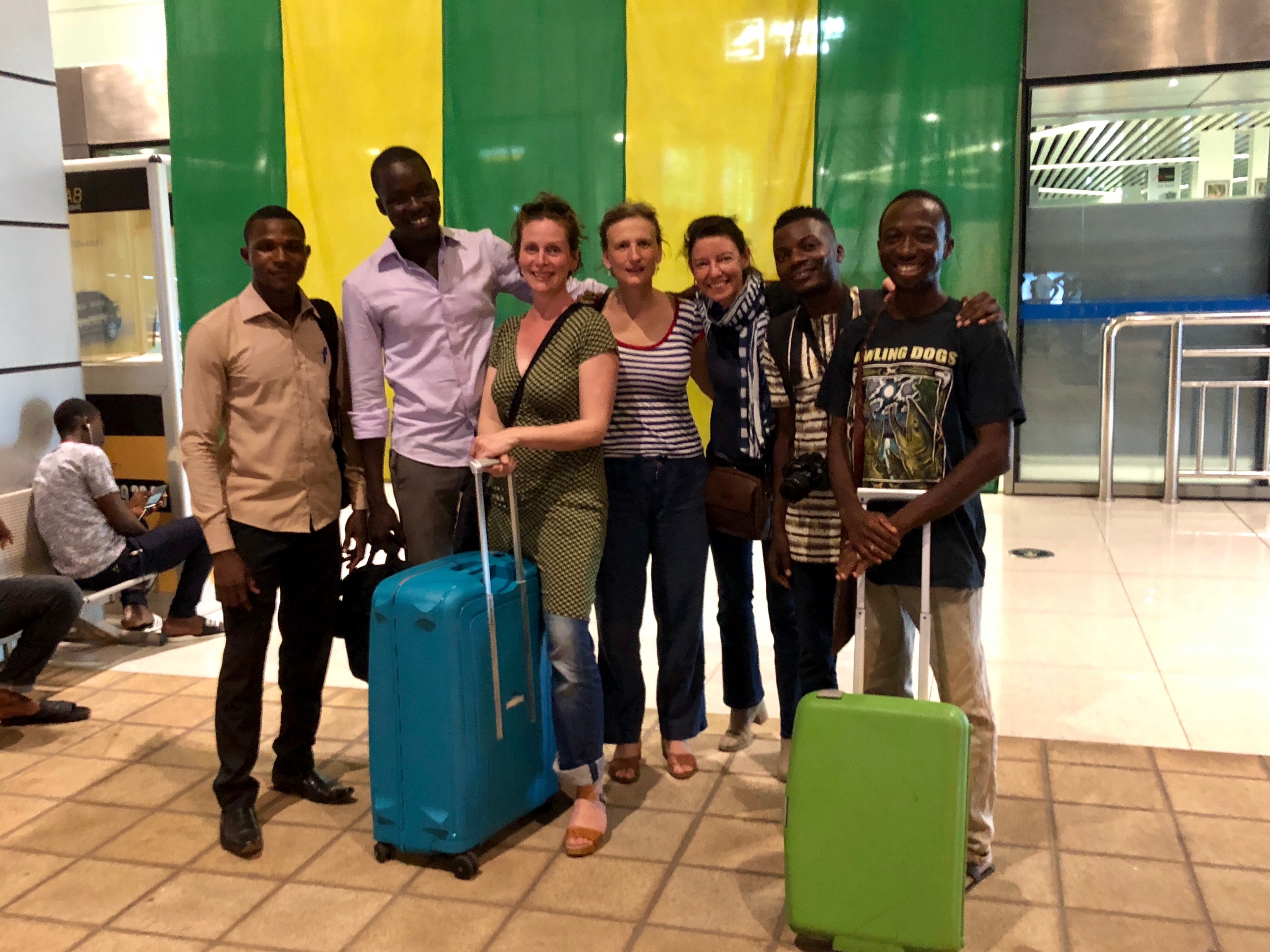 The first week of the mission in Togo allowed us to meet all the members of the highly invested team of Visions Solidaires who have been accompanying us for four years on the radio project. After exchanging our own experiences, Visions Solidaires and Geomoun reflected together about the development of the Children's Network of Engaged Children and took stock of the impact of the activities on the Right to Participation of Children. Certainly, a positive and visible impact, as confirmed by the principal and teachers of the Complexe Scolaire le Zio.

It is impossible to be in Togo without meeting the children of Club Milawé. We went to give two talks in the classes participating in the radio project this year. One is partnering with the school of La Gare in Court St Etienne, the other with the school of Gadomé in Benin. 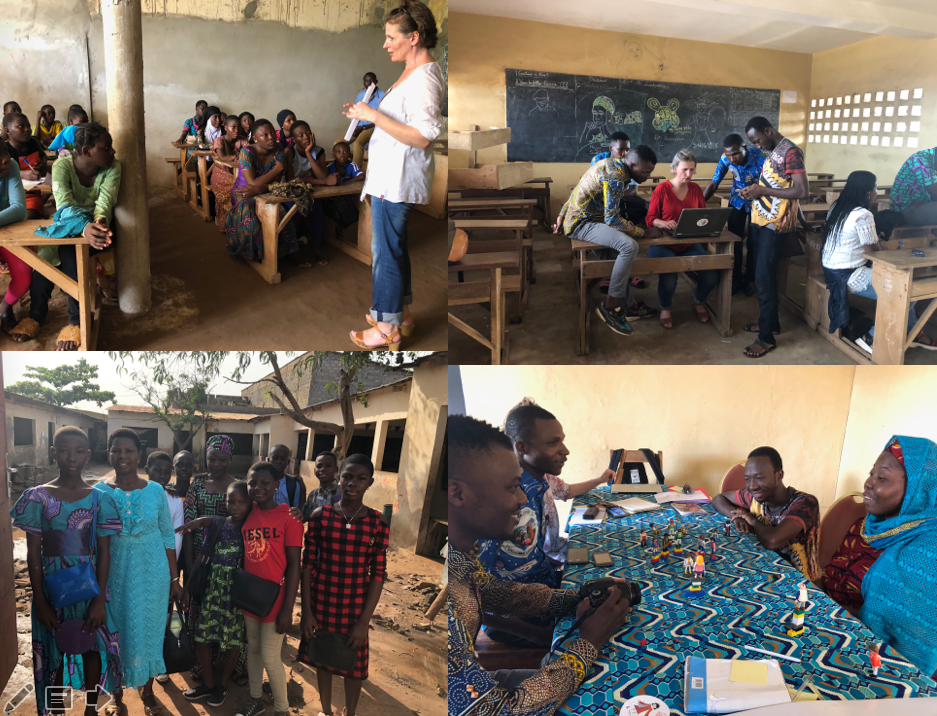 It was certainly the most intense day of the trip. The date of March 23, 2019 will remain engraved in the memories of Geomoun, Visions Solidaires, Carrefour Jeunesse and those of the children of Zio and Gadomé. For the first time, the partner classes of a Children's Sound project met.

At 8:30 am, the Zio students and their director, accompanied by Visions Solidaires and Geomoun, took the bus to Benin to meet the partner class with which they are carrying out the radio project. The atmosphere on the bus is very joyful: 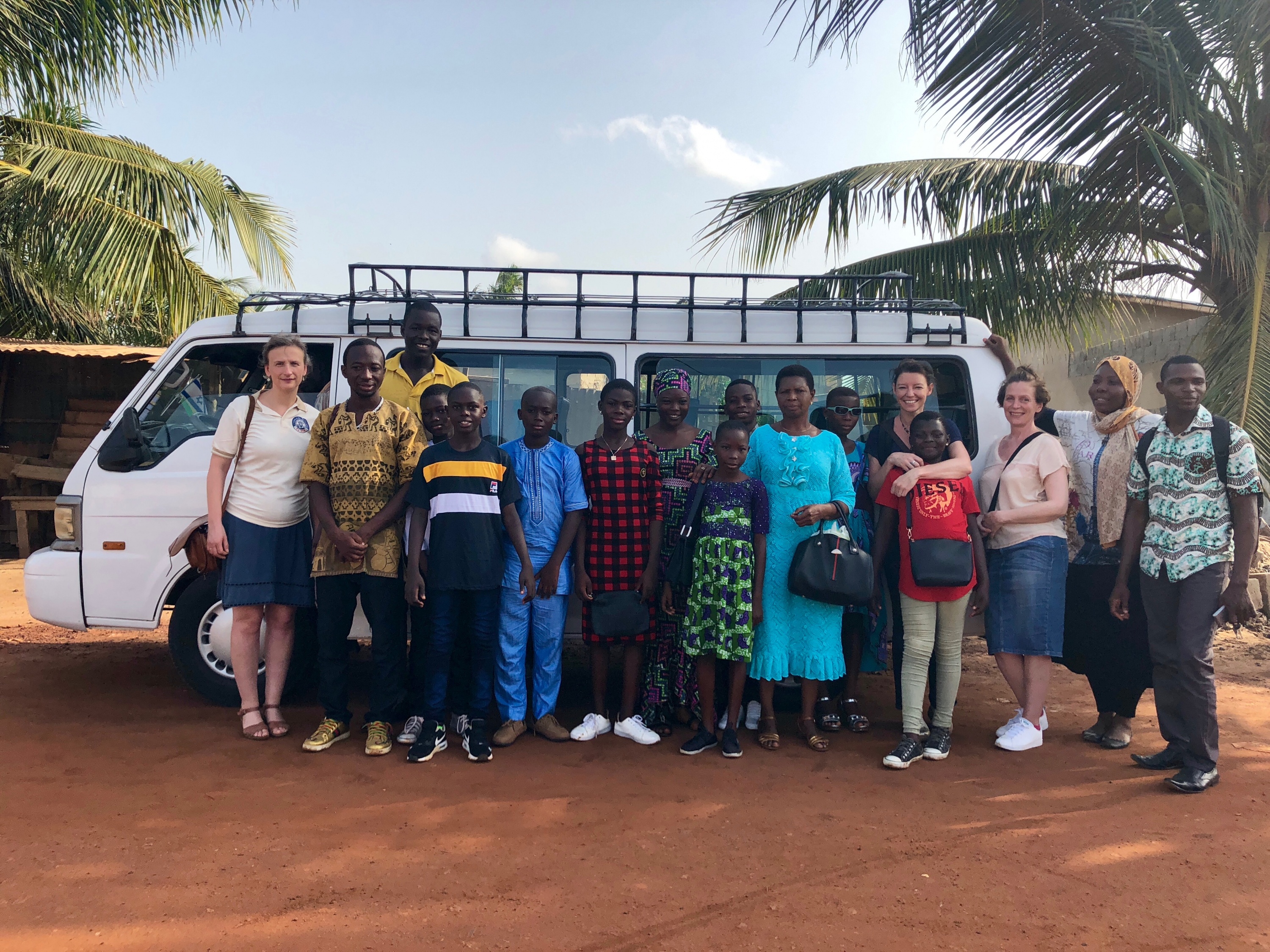 Arriving at the Gadomé school in Benin, the Togolese children received an unexpected welcome: a dance and a welcome song from the Gadomé students dressed in traditional costume and with their arms full of flowers.

The day's schedule is very busy. The students of Gadomé have half an hour to show their school to their friends from Togo. Then, go go go go go, everyone on the buses to the Siloé centre for blind children in Grandpopo. There too, a welcoming ceremony awaited the children with song and music. Siloé's children had even prepared a sketch that made Sister Sylvie, the centre's director, laugh to tears.

The children of Zio and Gadomé took turns speaking. And each intervention was punctuated by a very impressive "clap" bench, look and listen instead:

After saying goodbye to the young people of Siloé, the Togolese and Beninese children went to the Carrefour Jeunesse centre for a few hours of fun. They were able to participate in the centre's various workshops: dance, music, library, rap and above all... GAMES!

Meanwhile, the teams of Visions Solidaires and Carrefour Jeunesse get to know each other. The Togolese staff is very impressed by the infrastructure of the Beninese centre. In Lomé, Togo, playgrounds are rare and often reserved for the most privileged. Here, children can play table football, swing and slide on a slide. A real breath of fresh air.

Everything has an end. And it was in an emotional joy that the children left each other. Togo's friends took the bus back home and promised to welcome them back in a few weeks. 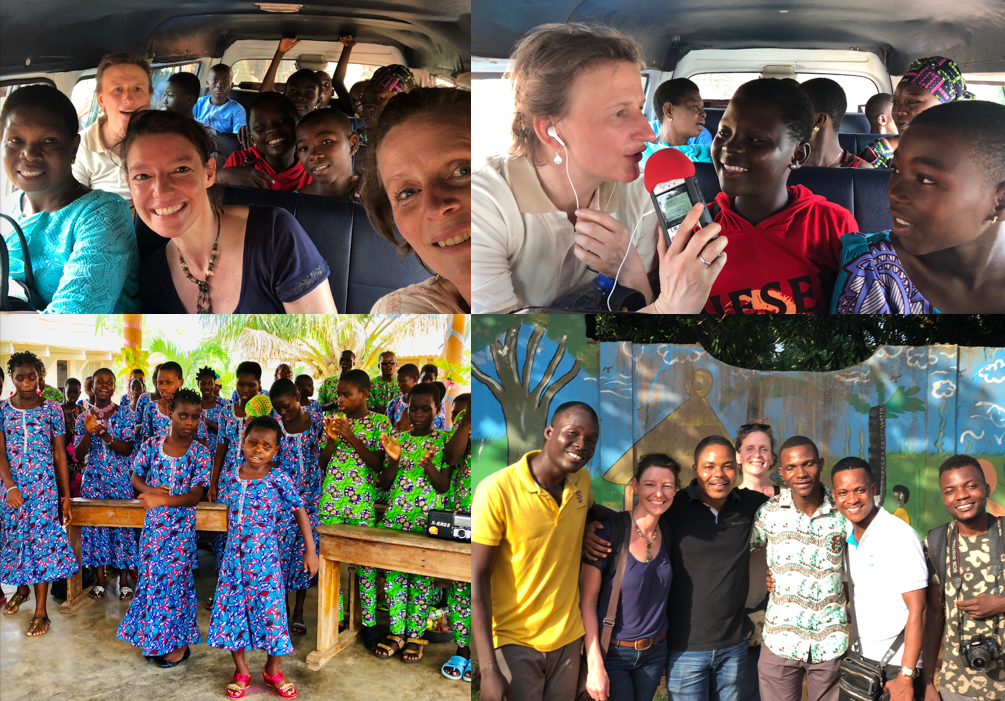 After this crazy day during which the Carrefour Jeunesse centre was literally crammed with people, calm returned until the next opening of the leisure centre on Wednesday afternoon. Sylvestre, the director of Carrefour Jeunesse, introduces us to the entire team. All of whom came to participate in strategic planning workshops - to redefine the missions and objectives of the association, dream of what Carrefour Jeunesse will be in 10 years, list the activities that will make this dream come true.... Everyone participates by taking the task very seriously but is also ready to play and laugh during the breaks.

In addition to Gadomé, two other schools in Comé are participating in the Children's Sound project this year:

Sylvestre takes us to meet Mr. Hessou, Mayor of Comé. After the daily Beninese flag-raising ceremony, the mayor explains how appreciated the radio project is in Comé and how it inspired him to also produce a radio programme in which he answers the questions of the inhabitants of Comé on its management policy, in all transparency.

Then it's our turn to go to the radio. Carrefour Jeunesse and Geomoun answer questions from Radio Mono's host for half an hour. A slightly stressful exercise, and above all very exciting! 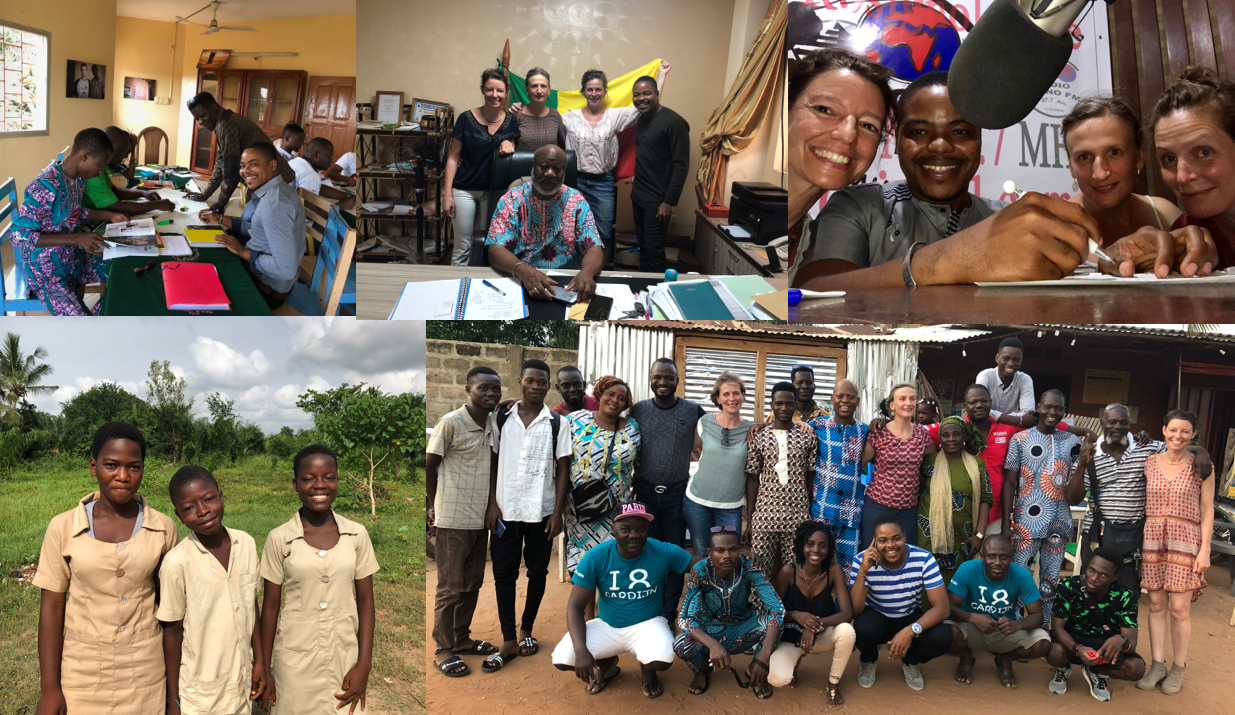 The mission is coming to an end, and we will leave the final word to Pasham, facilitator of the "story and theatre" workshop at Carrefour Jeunesse, who talks to us about Le Son d'Enfants. Once upon a time...