Geomoun walks for the climate with Le Son d'Enfants!

"You will never be too young to make a difference" Greta Thunberg, February 21 at the Climate March in Brussels.
The Little School of Gentinnes has chosen the theme of Global Warming for its "Le Son d'Enfants" project. After meeting with a local councillor in their commune to ask him about the concrete actions undertaken by the elected representatives, the children will also ask their questions to a climatologist, an ornithologist and the explorer Alain Hubert.

And like "Le Son d'Enfants", it is also about putting words into action, the students have decided to take action by walking to Brussels alongside the young Greta Thunberg to shout out their concern and their need to put the climate at the centre of concerns. Geomoun was at their side.

Watch the ARTE television report on this exceptional day. It is the students of Gentinnes that you will be able to see just after Anuna De Wever's intervention. 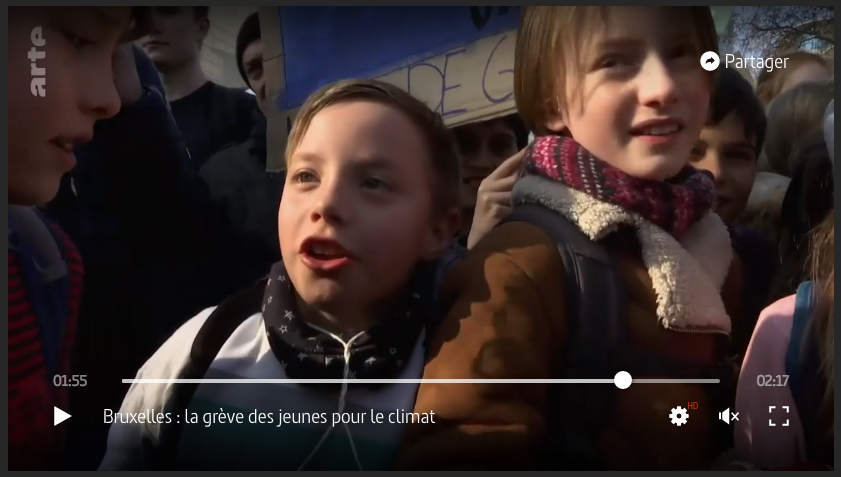